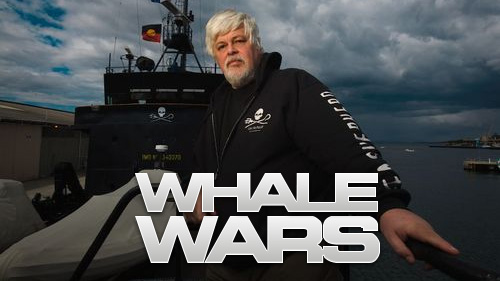 The Darkest Hour 06x03
The battle to stop whaling reaches its apex as the Bob Barker and a Japanese harpoon ship collide. Sea Shepherd's only hope is to track the whaling fleet by helicopter, but when blizzard conditions block communications and freeze instruments, hope fades.
Fight to the Death 06x02
With a brutal storm threatening to strike, and crew members refusing to obey orders, rookie campaign leader Peter Hammarstedt finds himself struggling to maintain control. With the Japanese harpoon ships looming, the campaign may be in trouble.
A Commander Rises 06x01
Sneak Peek 06x00
Who Will Step Up to Lead the Battle?