Be Careful What You Wish For 07x18
Amy works with Ty and Caleb's barrel racing horse and ends up riding him in a high-stakes Futurity.
On the Line 07x17
Amy and Ty are at odds over Ty's risky investment in a barrel racing horse, and things become increasingly complicated when Amy starts working closely with Prince Ahmed.
The Comeback Kid 07x16
Amy's client list has dwindled to next to nothing since her accident, so the recently returned Lou convinces her to hold a "comeback" clinic to reboot her career.
Smoke ‘n' Mirrors 07x15
Tim goes through a mid-life crisis and buys a hot horse instead of the more traditional hot car.
Things We Lost 07x14
When a road trip goes awry Jack and Lisa find themselves lost in the woods, but a trip down memory lane may just help them find their way together.
Lost Highway 07x13
Amy works with a horse to help it overcome its fear of water, but sparks fly when Jack learns the horse is owned by a former flame.
Walking Tall 07x12
When Ty brings a maltreated Tennessee Walker to Heartland to convalesce, Amy goes undercover in order to bring its abusers to justice.
Better Days 07x11
Ty forces Amy to confront her fear and work with the horse that injured her in order to save its life.
Darkness and Light 07x10
Family members are pitted against each other over Amy's medical treatment as she struggles to come to terms with her injuries and uncertain future.
There But for Fortune 07x09
Amy's success working with a high-end show jumper ultimately puts her life in jeopardy.
Hotshot 07x08
When a family vacation is cancelled at the last minute, Jack and Georgie head off for a long-awaited fishing trip that lands them in a situation they hadn't bargained for.
Best Man 07x07
When an old friend turns to Ty for help, Ty is torn between his ties to the past and his loyalties to his family at Heartland.
Now or Never 07x06
Georgie is enthralled when she sees one of Amy's clients trick riding and she's determined to pursue it despite Lou's misgivings.
Thread the Needle 07x05
Amy attempts to help a young RCMP constable overcome a personal challenge to fulfill his lifelong dream of performing in the RCMP Musical Ride. 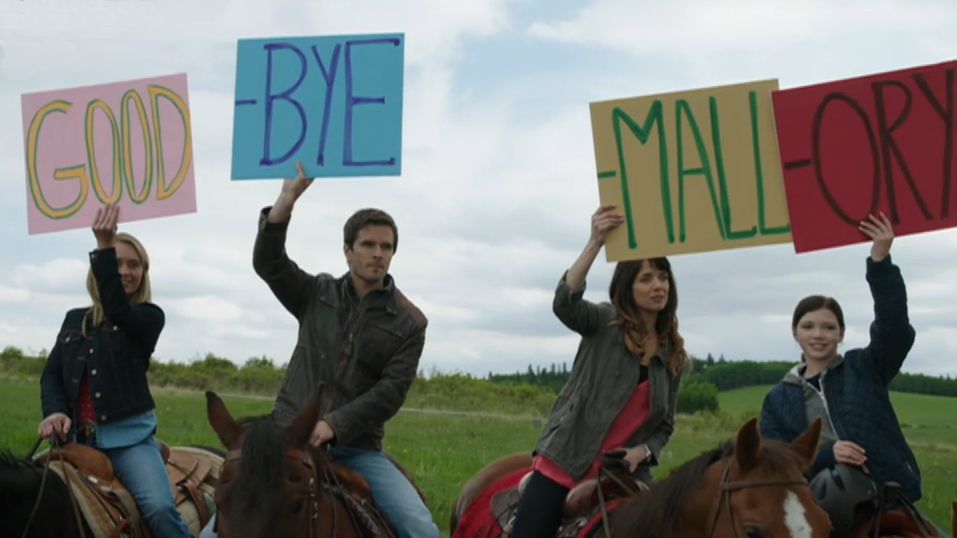 The Penny Drops 07x04
As Amy and Ty work to help a mare and foal through a difficult weaning process, Mallory's discovery that Jake is planning to leave Hudson forces her to re-examine the choices she has made.
Wrecking Ball 07x03
Lou and Tim find themselves on opposite ends of a fight when Tim attempts to rebrand Maggie's into a soulless fast food franchise. 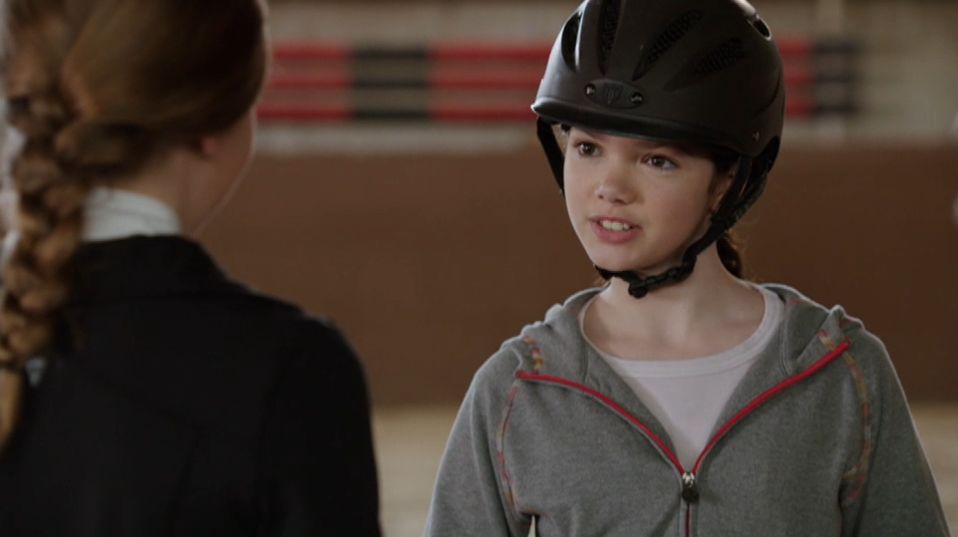 Living the Moment 07x02
Amy and Ty find the ranch of their dreams, while Peter attempts to mediate when Georgie and Olivia come to blows. 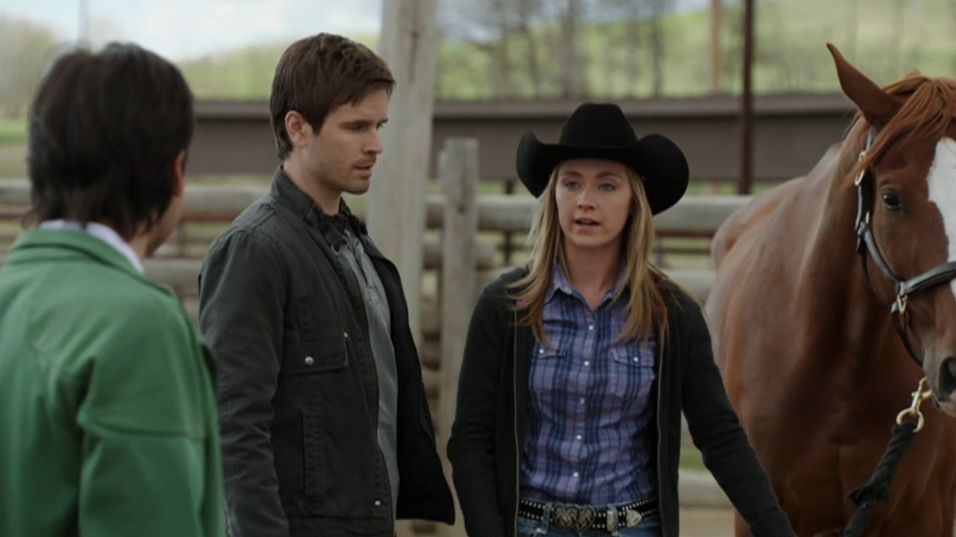 Picking Up the Pieces 07x01
As the family struggles to cope with recent changes at the ranch, Amy realizes she must reclaim her 'Miracle Girl' status and focus on her work with horses.