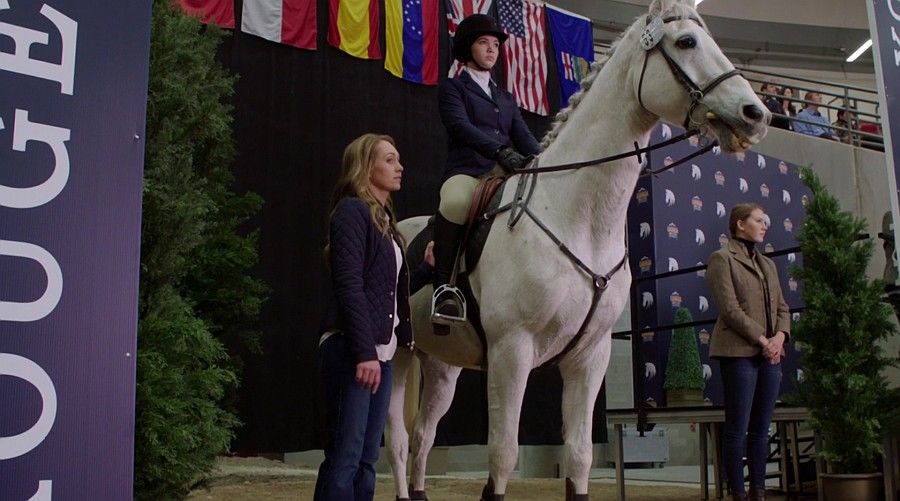 Naming Day 11x18
In the days leading up to baby Lyndy's naming ceremony, the members of the Heartland family find themselves keeping secrets from each other. Without Amy's knowledge, Ty enlists Caleb's help in fulfilling a long-held promise to himself. Amy works with Spartan in secret on something she hopes will make her daughter's day truly memorable. And when Val approaches her with yet another offer, Georgie has to make an important decision as she prepares for the Fall Finale. Meanwhile, Jack comes to a startling realization and Tim gets news that he finds hard to share. 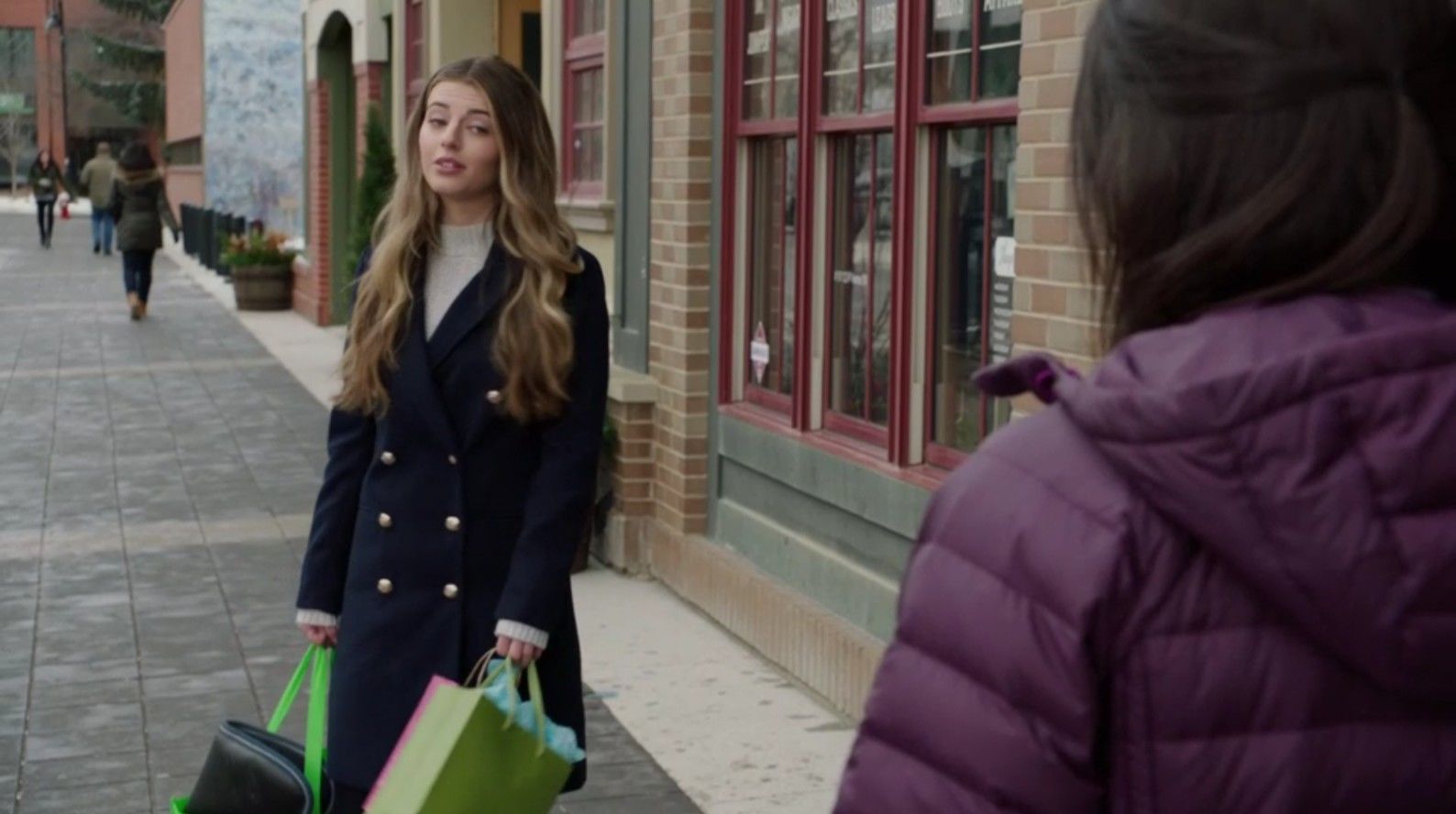 Doubt 11x17
In the aftermath of a vicious viral video, Georgie reconsiders her future in show jumping… and in Hudson. Meanwhile, Amy and Ty are of differing opinions about what to do with their new land. A lucrative business opportunity puts Jack, Mitch and Tim at odds. And Lou struggles with how to support her daughter through a difficult time. 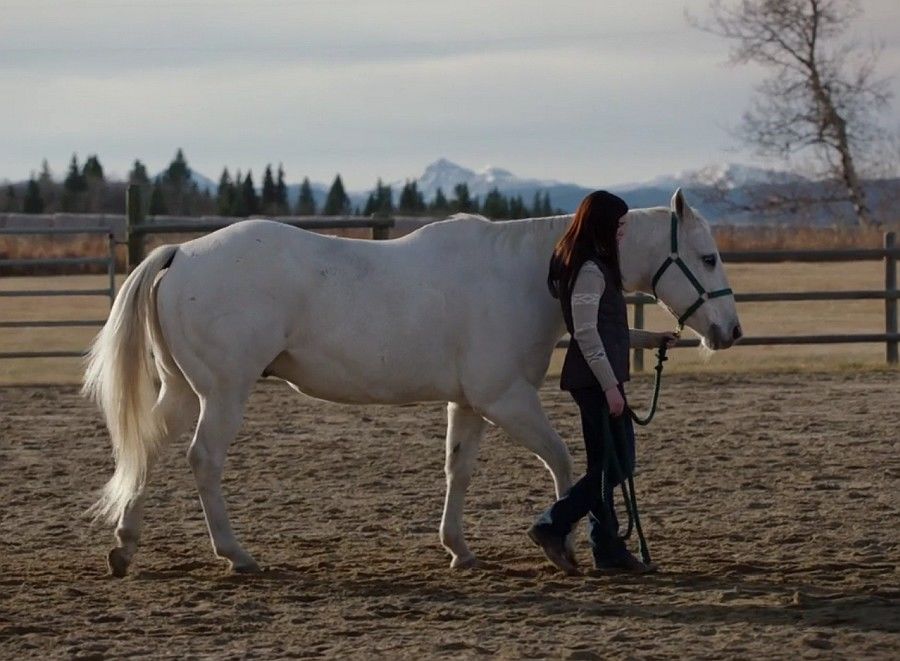 A Place to Call Home 11x16
A training accident results in a serious injury and Georgie feels conflicted when an unlikely ally arrives at Heartland to show support. 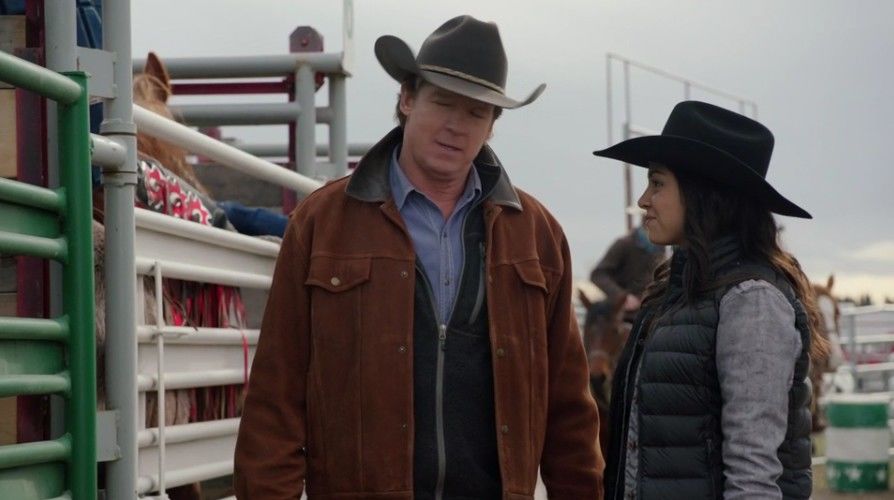 Strength of Bonds 11x15
As Thanksgiving approaches, Georgie puts her personal feelings about Peyton Westfield aside and convinces Amy to work with a high strung and dangerous jumping horse. Meanwhile, Jade returns from Texas for the holiday weekend and Tim is forced to admit why he was so adamant she accept the rodeo scholarship. Wyatt goes completely overboard trying to prove his affection for Georgie and it lands them in a comical but compromising situation. And when Lou can't make it home for Thanksgiving, Jack and Lisa try to save tradition by coercing a secret family recipe out of her. 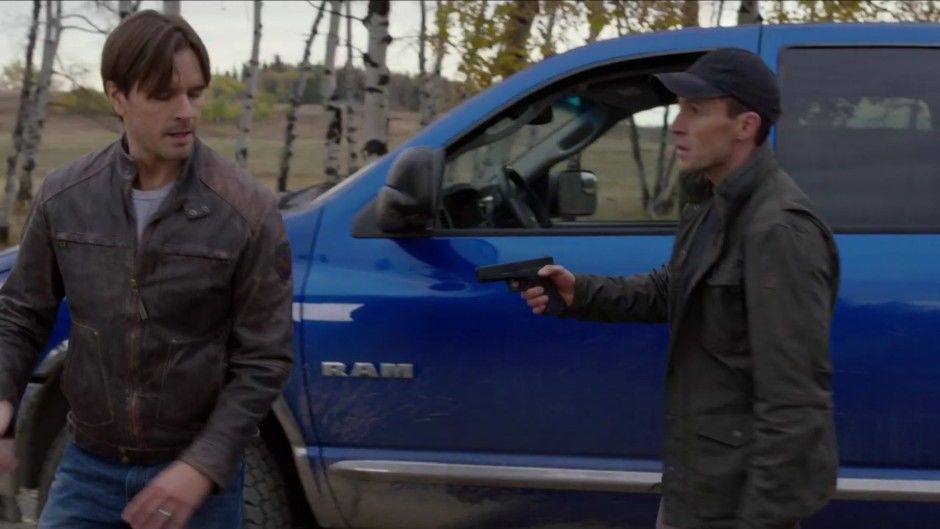 Past Imperfect 11x14
A threat from Ty's past arrives in Hudson, putting the entire Heartland family in danger. Meanwhile, in the wake of an unexpected romantic encounter, Lou struggles with insecurities about her failed relationships, and Georgie worries about Adam's reaction when she tells him about her new status with Wyatt. And a worried Jack sticks close to Amy as they prepare for winter at the ranch. 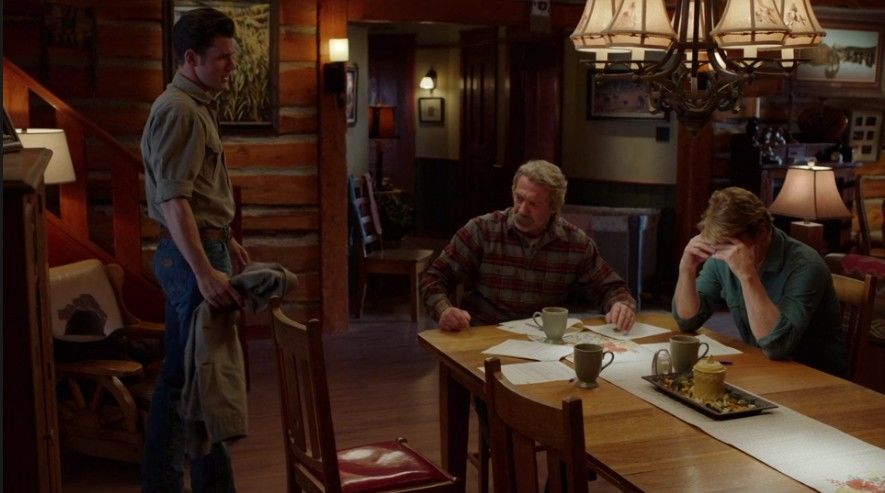 Reunion 11x13
As the family struggles to deal with Tim's news, Lou throws herself into planning her high school reunion to impress an old rival. Meanwhile, Amy tries to stay focused as Georgie comes up against an unexpected challenge while beginning to train with Phoenix. And Jack fights to control his own emotions as Mitch pressures him to discuss the future of the cattle business with Tim. 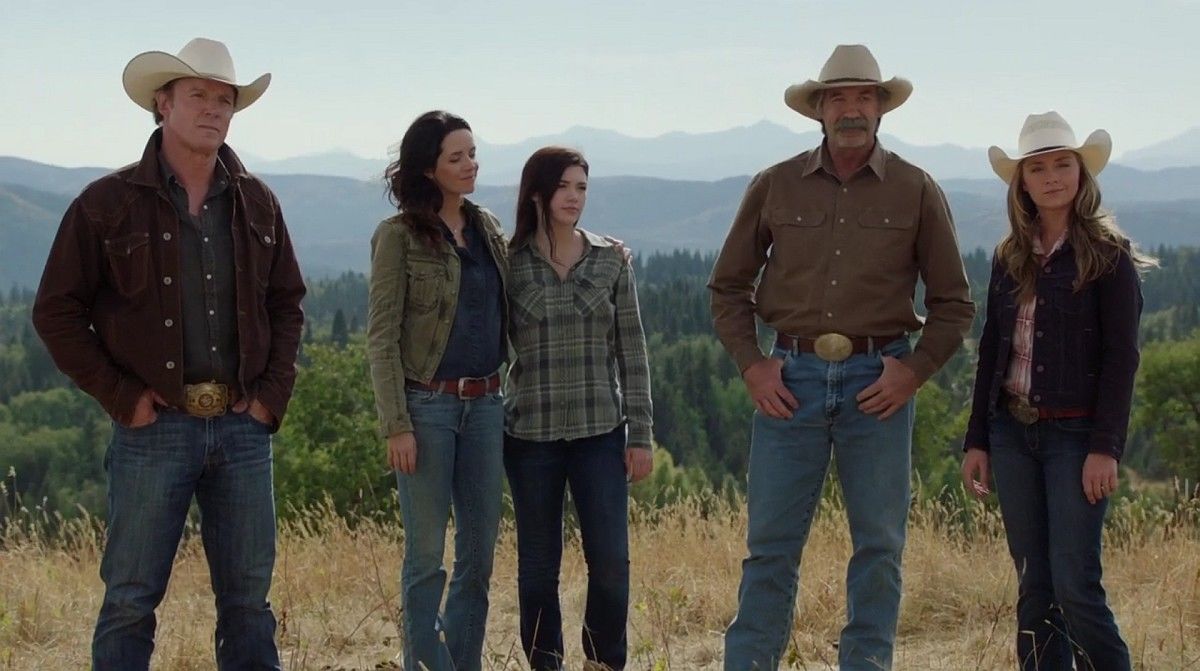 Out of the Shadow 11x12
Struggling with personal issues, Tim rallies the family to go on another memorial ride for Marion so he can face his deepest regret. Meanwhile, Georgie is forced to make a very difficult decision when Val questions Amy's ability to be her show jumping coach. Tim pushes Jade to accept a huge scholarship opportunity down in Texas, while Jack pushes Tim to finally be honest with Amy and Lou about his health issue. 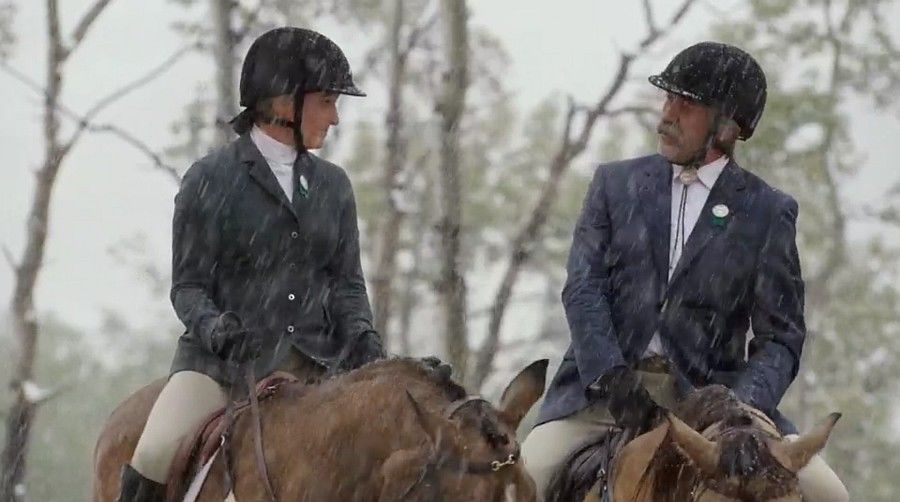 Somewhere in Between 11x11
Tim is forced to open up when an emergency traps him with an unexpected visitor. 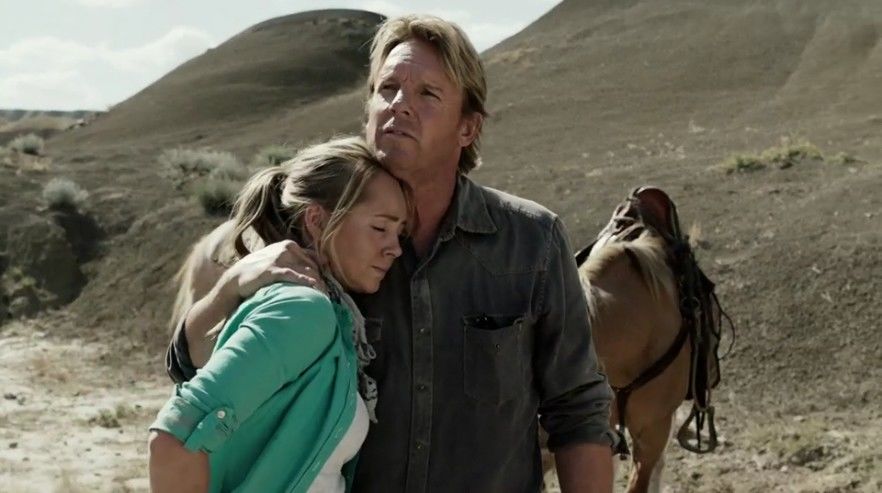 A Fine Balance 11x10
Ty finds himself in a dangerous situation and in order to save him Amy must turn to an unexpected source for guidance. 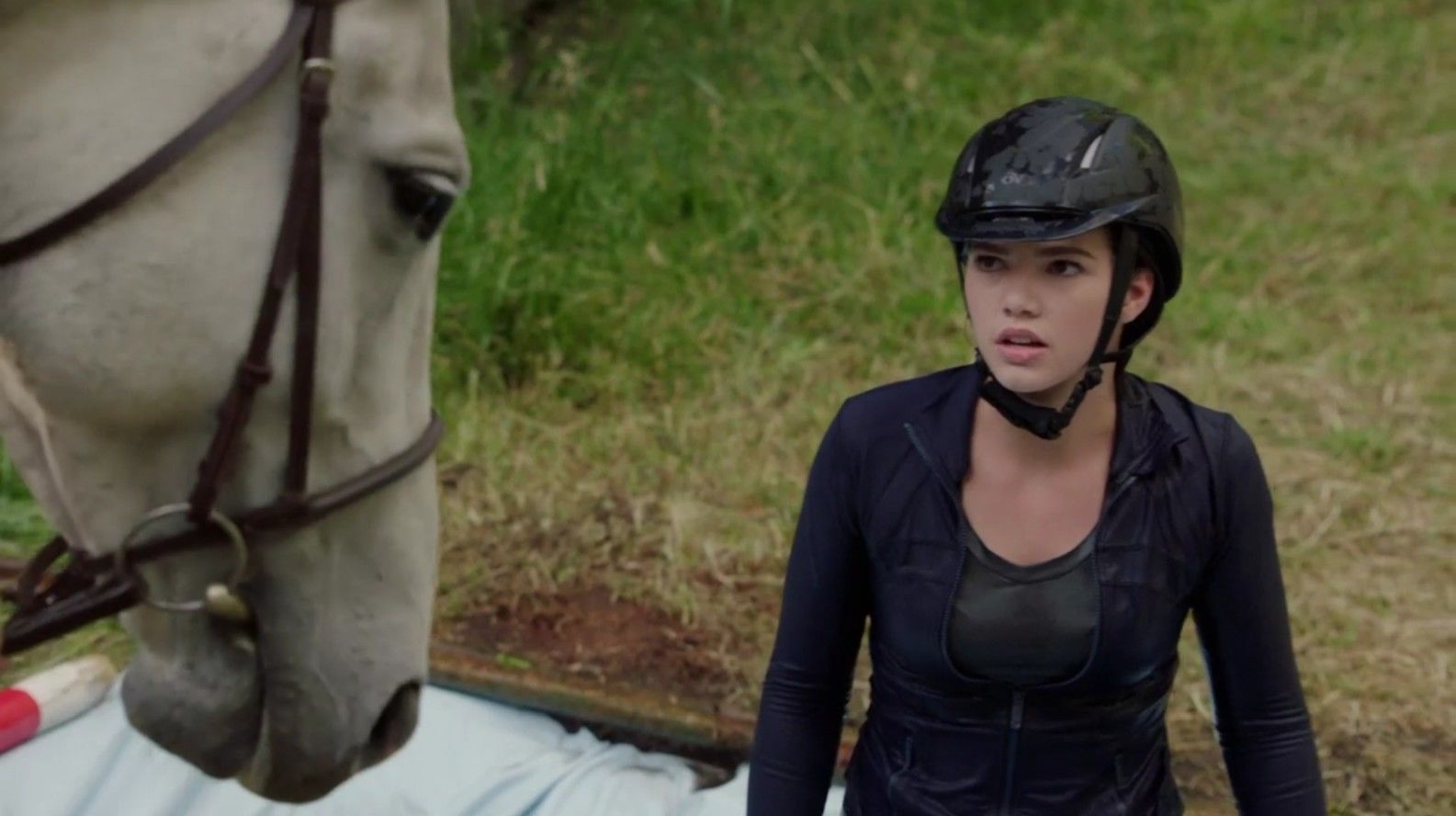 Challenges 11x09
Amy tries to get everything organized at Heartland before joining Ty on a work-related journey, but Tim's concerns about the trip threaten to derail Amy's plans. 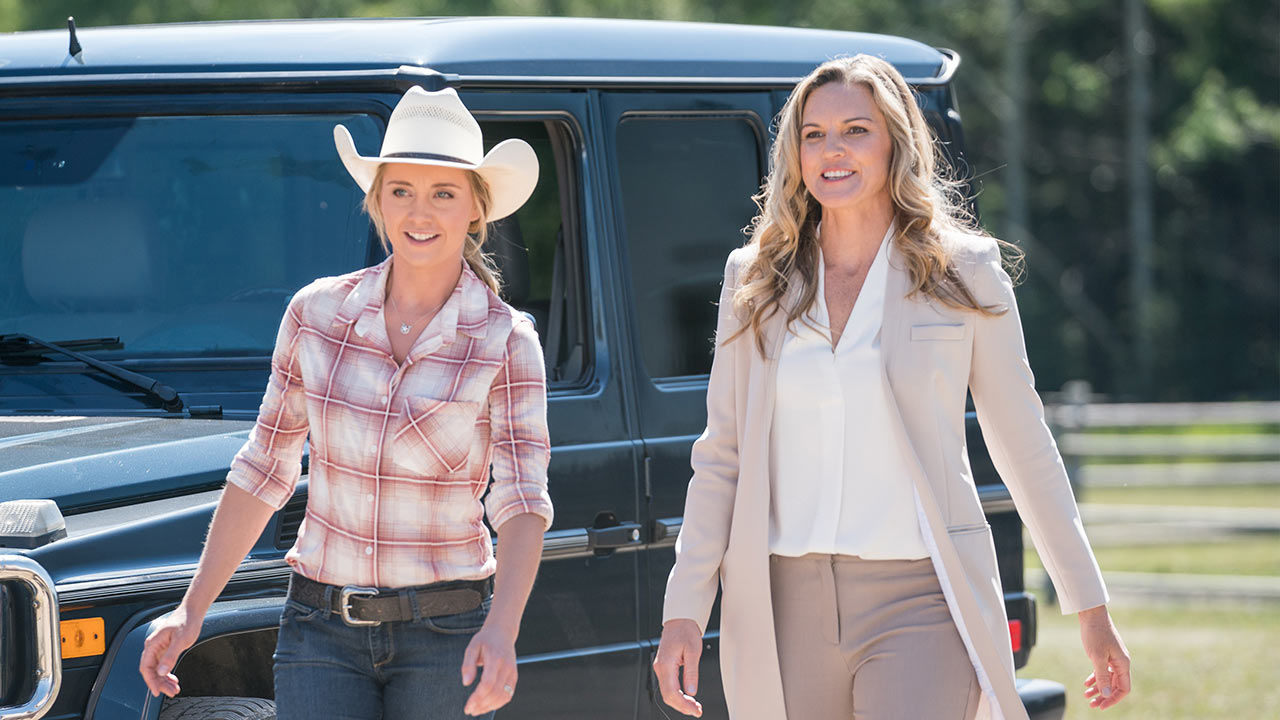 Truth Be Told 11x08
When Tim's erratic behavior sparks concern from his loved ones, Jack suspects something else is going on. 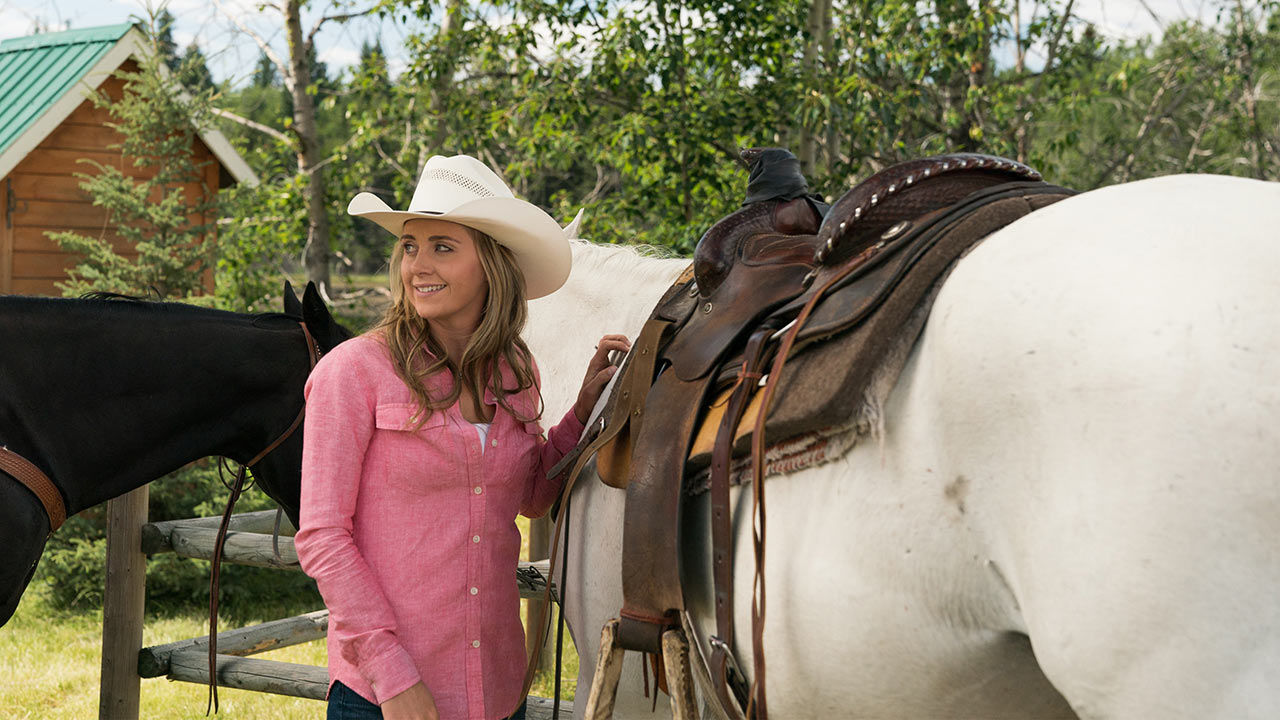 Our Sons and Daughters 11x07
Amy tries to teach some old friends about the life-changing power of connecting to a horse. 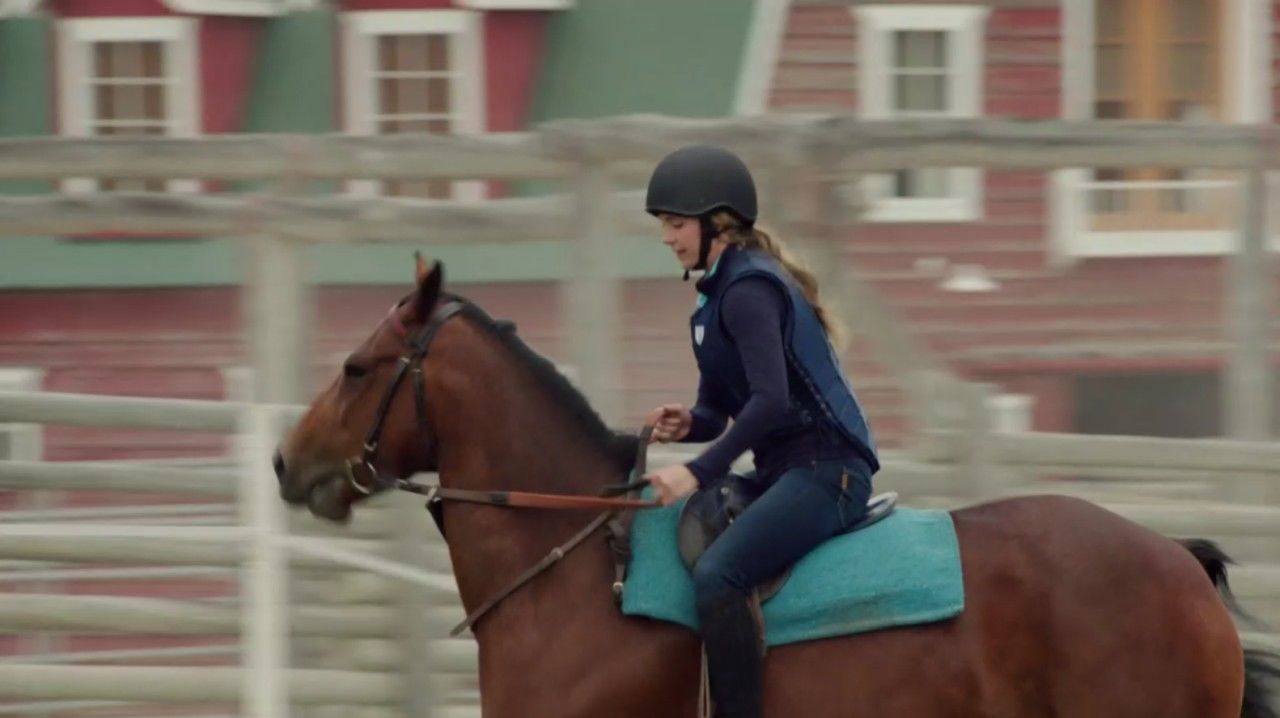 Strange Bedfellows 11x06
Amy has to get creative when asked to work with Lisa's racehorse, but conflict arises when information about the horse's breeding comes to light. 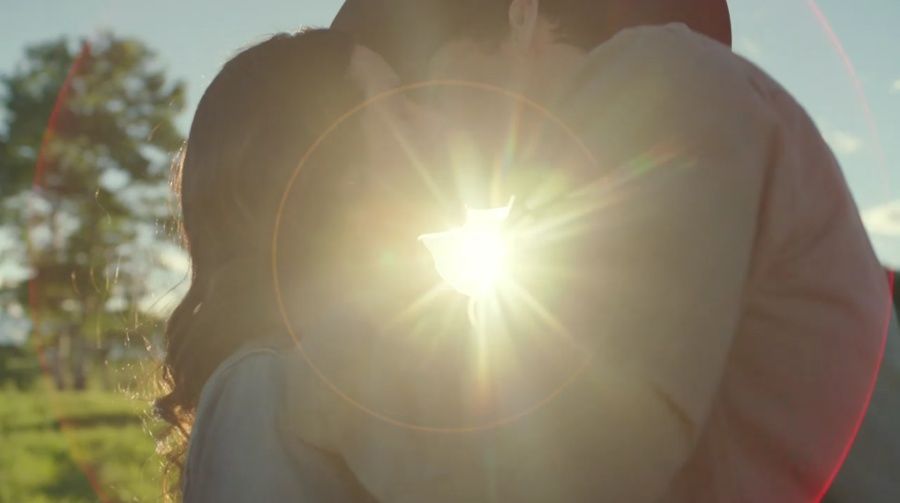 Measuring Up 11x05
Lou returns from New York, only to find that things are not running as smoothly as she had imagined they would. Meanwhile, Tim is forced to do damage control when Caleb makes a mistake at the school. 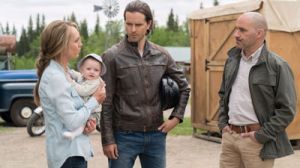 Hard to Say Goodbye 11x04
Amy and Ty work together to prepare a wild horse for overseas transport, but the horse's temperament may be more than they bargained for. Meanwhile, with Georgie's first show just around the corner, the return of an old friend proves to be a distraction, and not for reasons you might suspect. Jack and Lisa clash as they discuss the next step in their relationship. 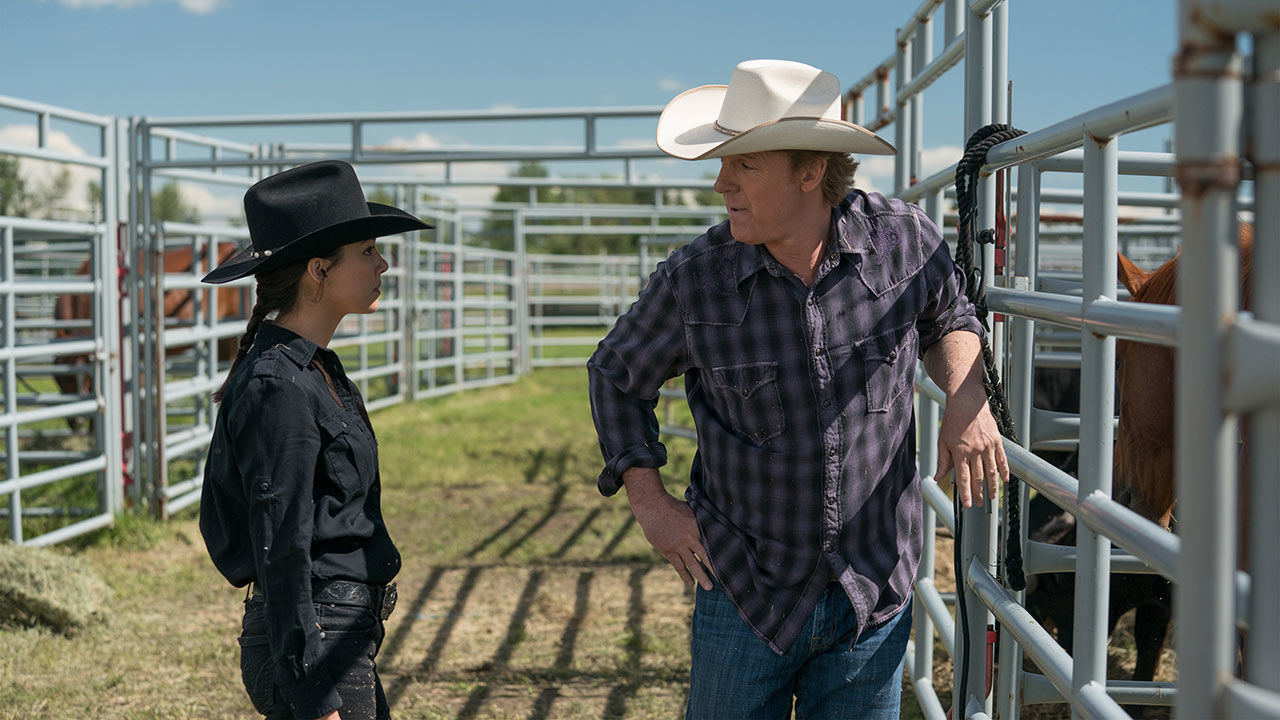 Decision Time 11x03
Tim steps up Jade's training regimen when a fierce new competitor shows her up at practice. Meanwhile, Georgie is faced with a difficult decision. 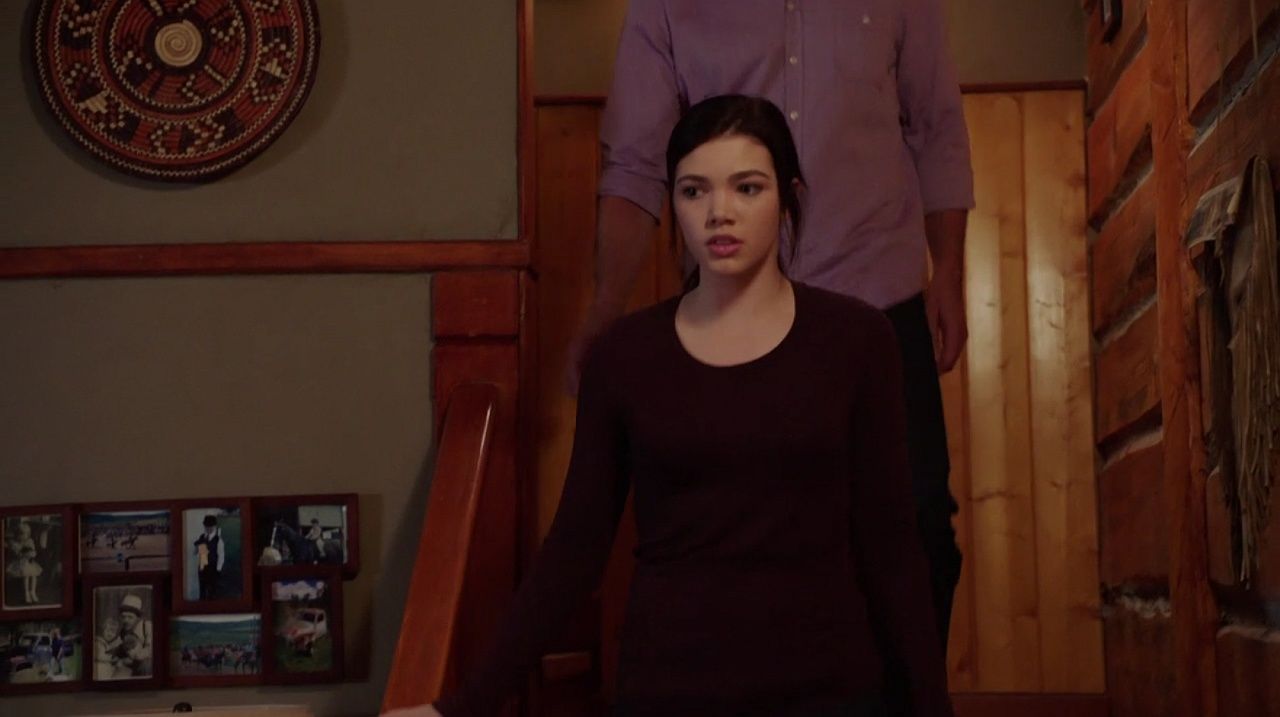 Highs and Lows 11x02
The family bands together to support Georgie as she decides whether to face a ghost from her past, or leave it behind. 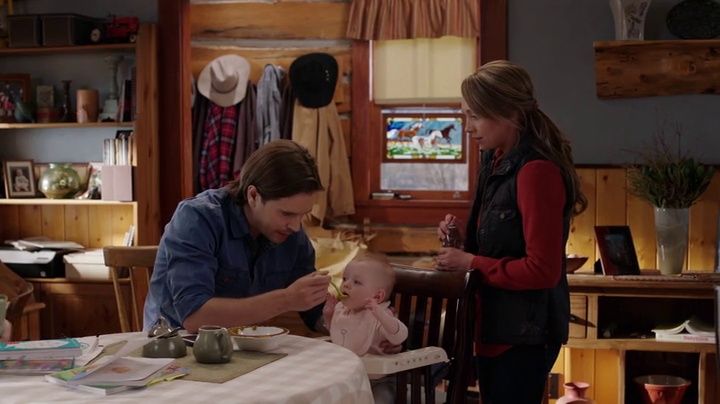 Baby on Board 11x01
Ty struggles with control issues when his mom stops by for an unexpected visit in hopes of bonding with her granddaughter, and Amy is forced to meditate. Meanwhile, Amy and Georgie work with a traumatized elite jumping horse and Georgie finds herself considering an amazing offer. Tim and Jack step in to help out when Ty makes a bad decision about a new truck.