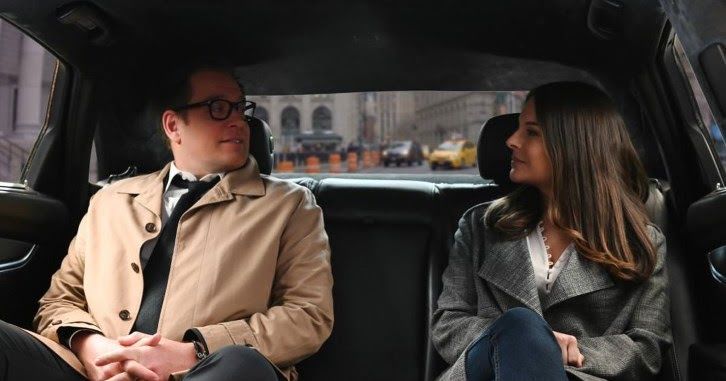 Pillar of Salt 03x22
Bull works to convince a jury that an alleged murder was actually a tragic accident when TAC represents a woman charged with her 3-year-old stepdaughter's death. Also, Benny gives Bull some surprising news regarding Isabella, Benny's sister and Bull's ex-wife. 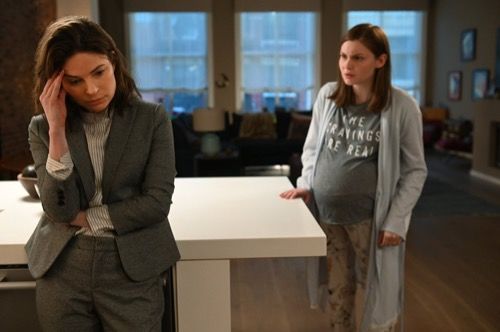 When the Rains Came 03x21
Bull helps mount a defense for Taylor's brother-in-law, Ralph Kelly, a prison guard charged with manslaughter for the drowning deaths of two inmates in the middle of a hurricane. During the trial, Bull aims to convince the jury that his client tried to prevent a "greater harm" when he abandoned his prison command to evacuate his own family. 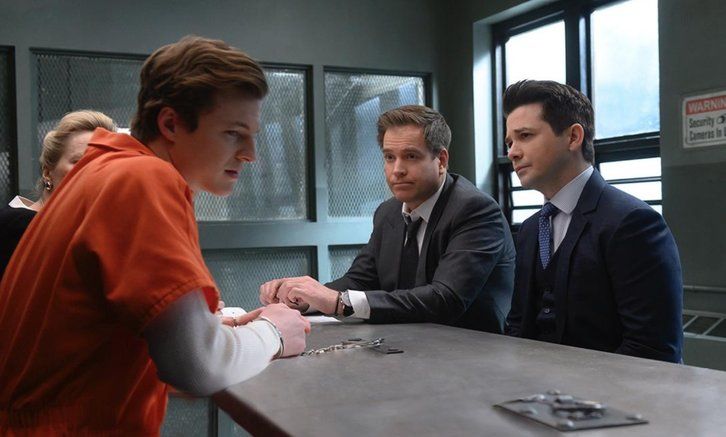 The Good One 03x20
Bull fears that his client's family ties will negatively impact the jury when TAC represents the seemingly innocent young heir, Connor McCandless, of an infamous crime family on trial for murder with his brother. As the trial begins, Bull aims to convince his client to sever his trial from his brother's, which would pit the siblings against each other in court. 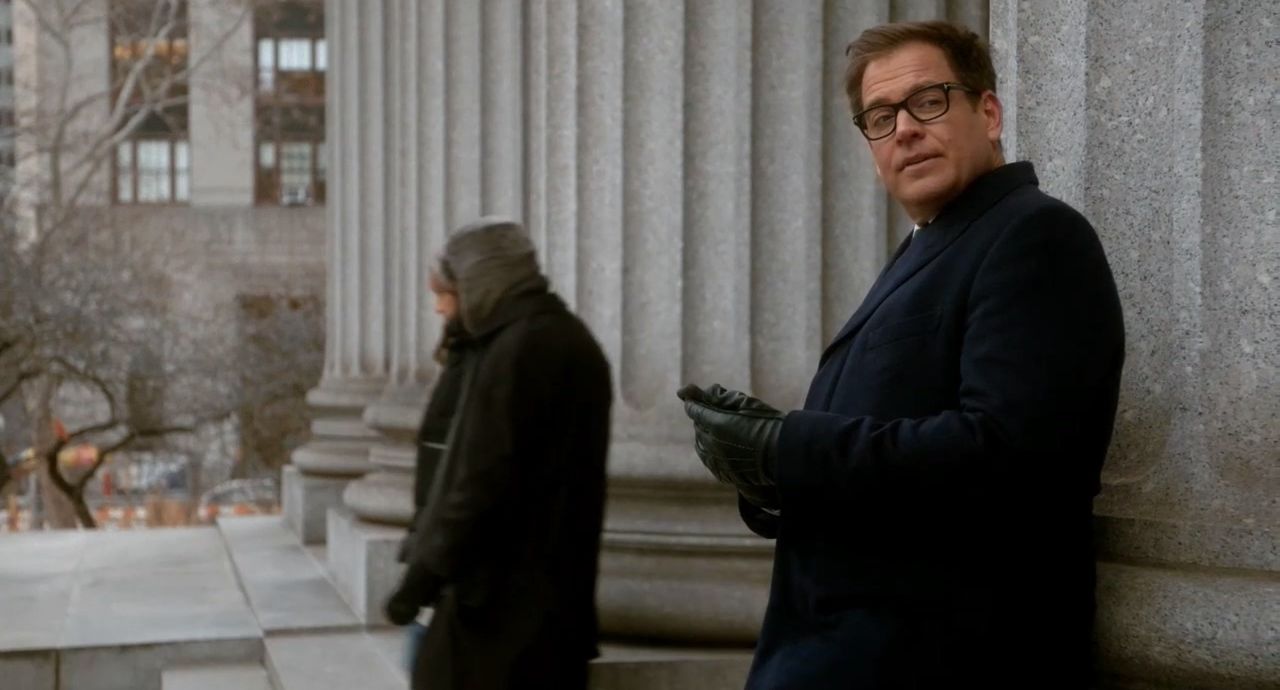 Bounty 03x19
A bounty hunter who kidnapped the wrong mark during his first assignment. After Bull learns their client received an anonymous tip that led him to nab the wrong person, he decides on a "Mistake of Fact" defense, which asserts their client's actions were based on factual error. 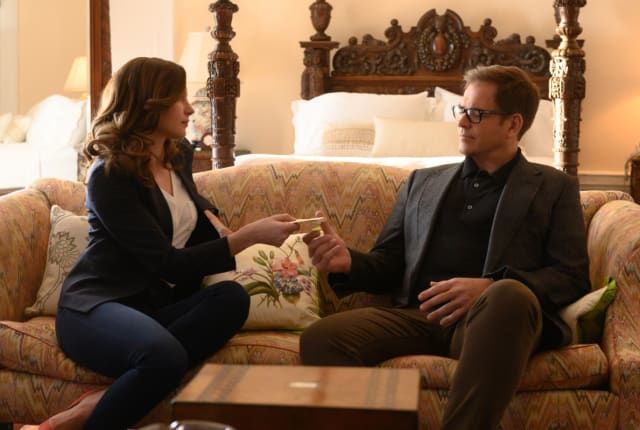 Don't Say a Word 03x18
Bull's romantic rival, Diana Lindsay, jeopardizes her career when she secretly has Bull come to Texas to assist a couple fighting against her former client for custody of their grandchildren. 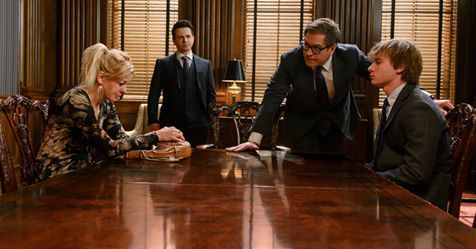 Parental Guidance 03x17
Bull and the TAC team represent a teen boy raised in complete isolation when the young man goes on trial for murder after engaging in a deadly shootout. As the trial gets underway, Bull looks to select jurors who believe his sheltered client acted under the misguided influence of the only other person he has ever known, his survivalist father. 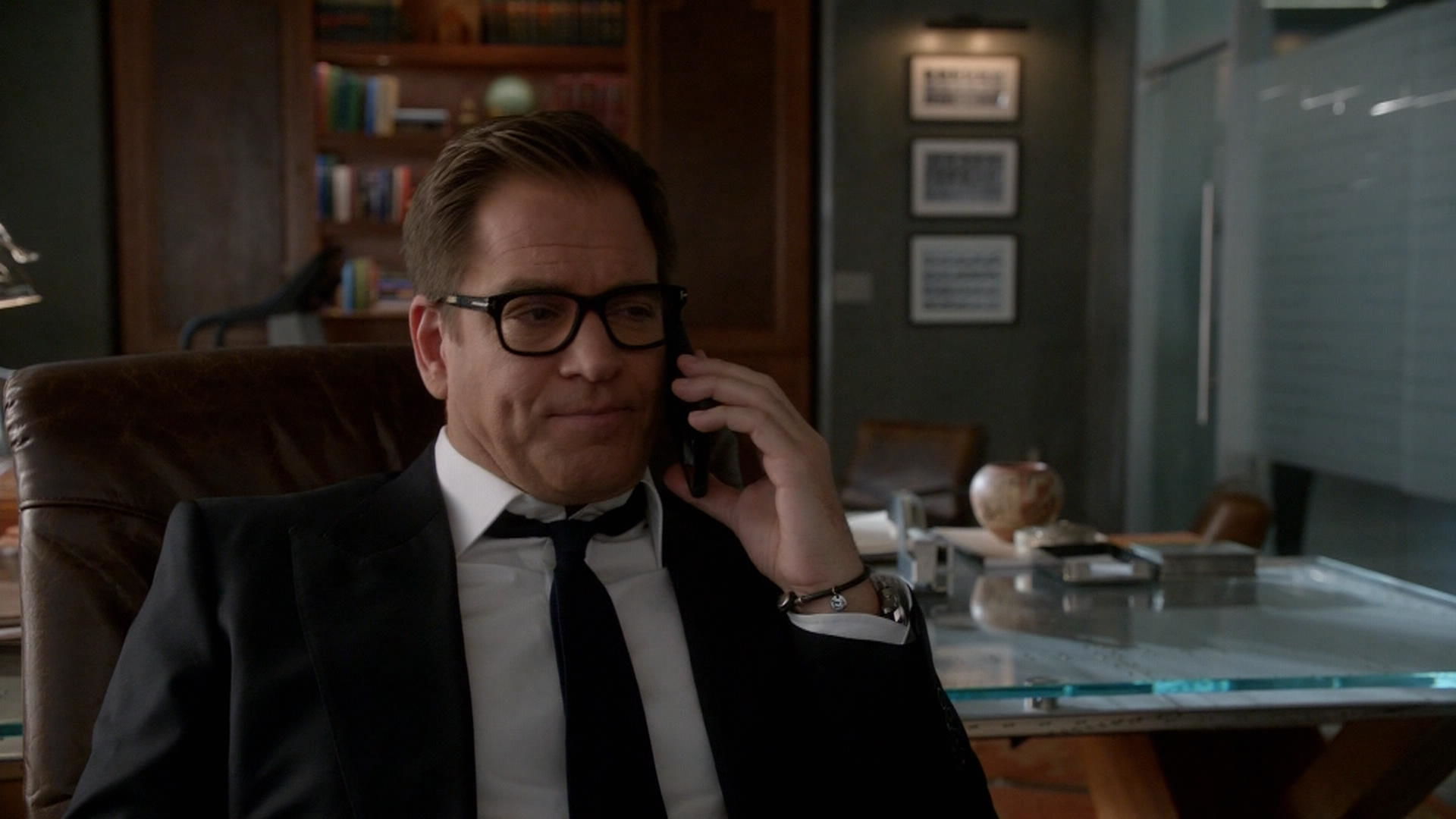 Forfeiture 03x16
The TAC team works tandem cases when Chunk represents his first legal client, Darius Lambert, a young man facing federal counterfeiting charges, and Bull represents Darius' grandfather, Willie Lambert, who may lose his business to the FBI for owning the barbershop where the fake goods were sold. 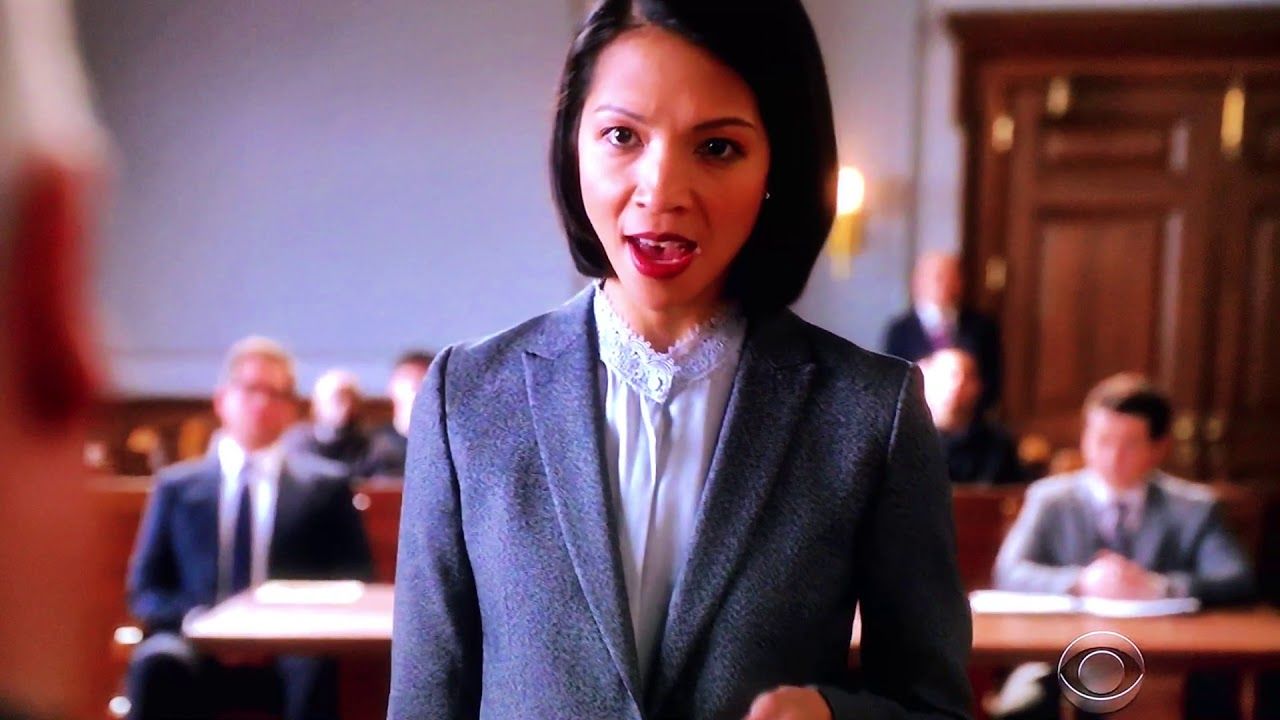 Security Fraud 03x15
Bull gets to work alongside his idol, Walter Franklin, a legendary lawyer who asks him to help a family bring suit against the U.S. government for the wrong death of a man killed while in witness protection. As the trial gets underway, Bull's admiration for Walter is tested when the eminent litigator begins to deviate from Bull's advice in court. 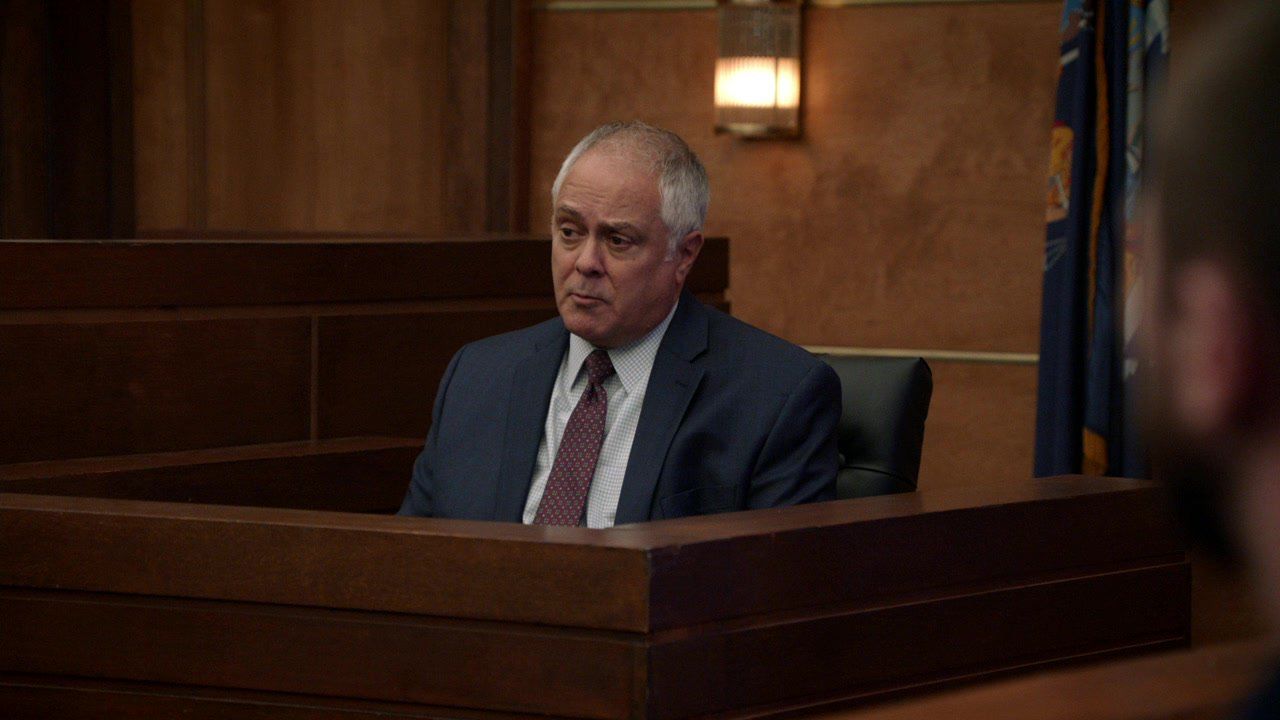 Leave It All Behind 03x14
Bull aims to raise reasonable doubt among the jurors in his friend Nathan's trial when the man is tried for his wife's murder and the prosecution's case is based on circumstantial evidence. 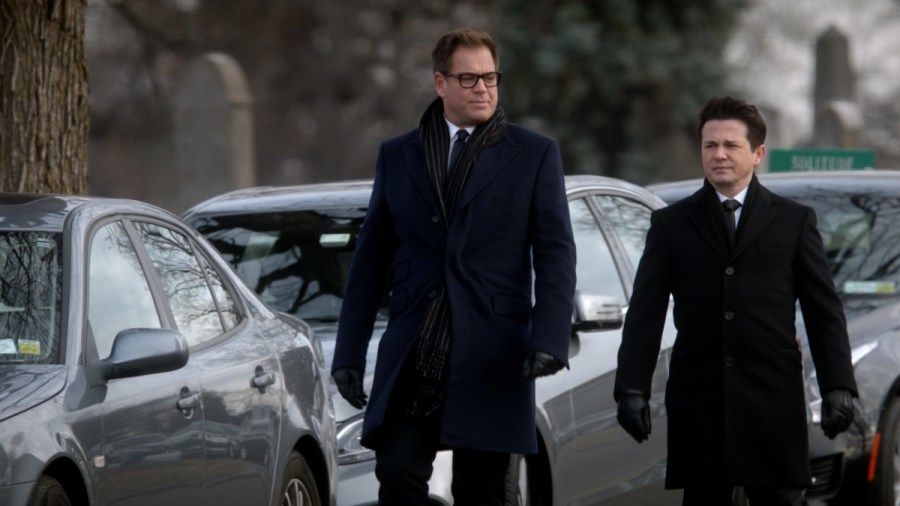 Prior Bad Acts 03x13
When they're reunited by the sudden death of her and Benny's father. Also, a deceased tech billionaire's brother comes to TAC for help in bringing suit against the doctor he holds personally responsible for the tycoon's death. 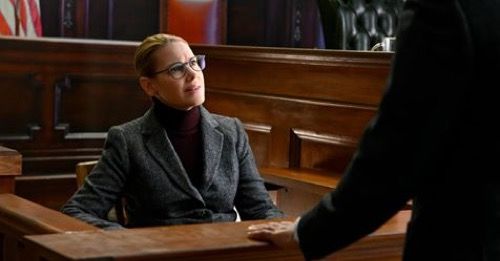 Split Hairs 03x12
Bull mounts the defense of New York City's chief medical examiner, Julia Martin, when she is charged with tampering with evidence tied to the years-old case that made her career. As Bull worries that his client's propensity for brutal honesty could affect her chances in court, he aims to fill the jury with individuals inclined to believe she made a mistake rather than conspired to tamper with forensic evidence. 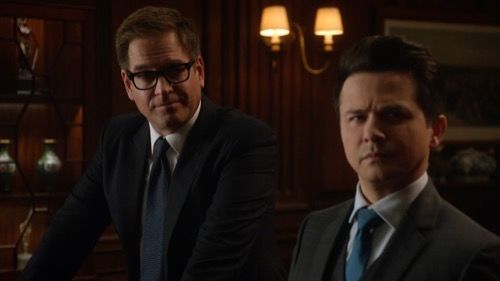 Separate Together 03x11
Bull and his on-again, off-again romantic rival, Diana Lindsay, join forces to create two separate but collaborative defense teams when Diana's niece and her husband are charged with armed robbery. As the trial gets underway, Bull's reunion with Diana is strained by his new post-heart attack regimen. 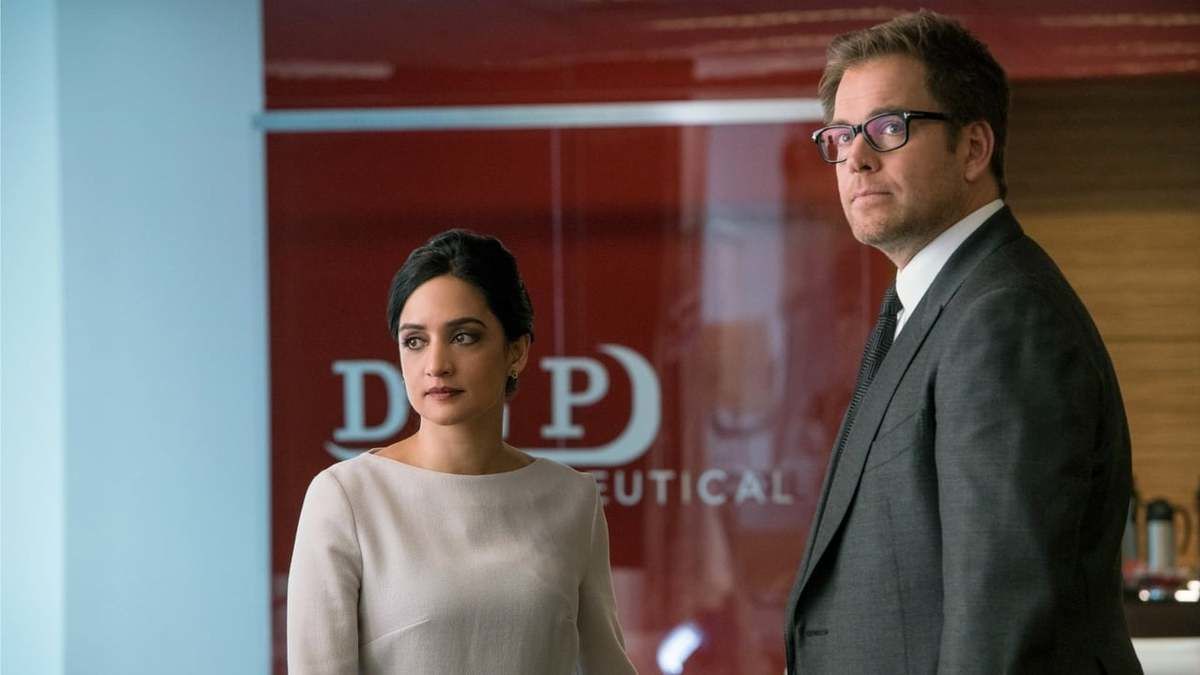 A Higher Law 03x10
Bull agrees to have TAC represent a priest who is charged in a fatal hit-and-run after he's found behind the wheel of the church van involved in the crash. But the case is complicated when the priest claims that the actual driver confessed to him, but he can't reveal that person's identity due to the confidentiality that comes with confession. 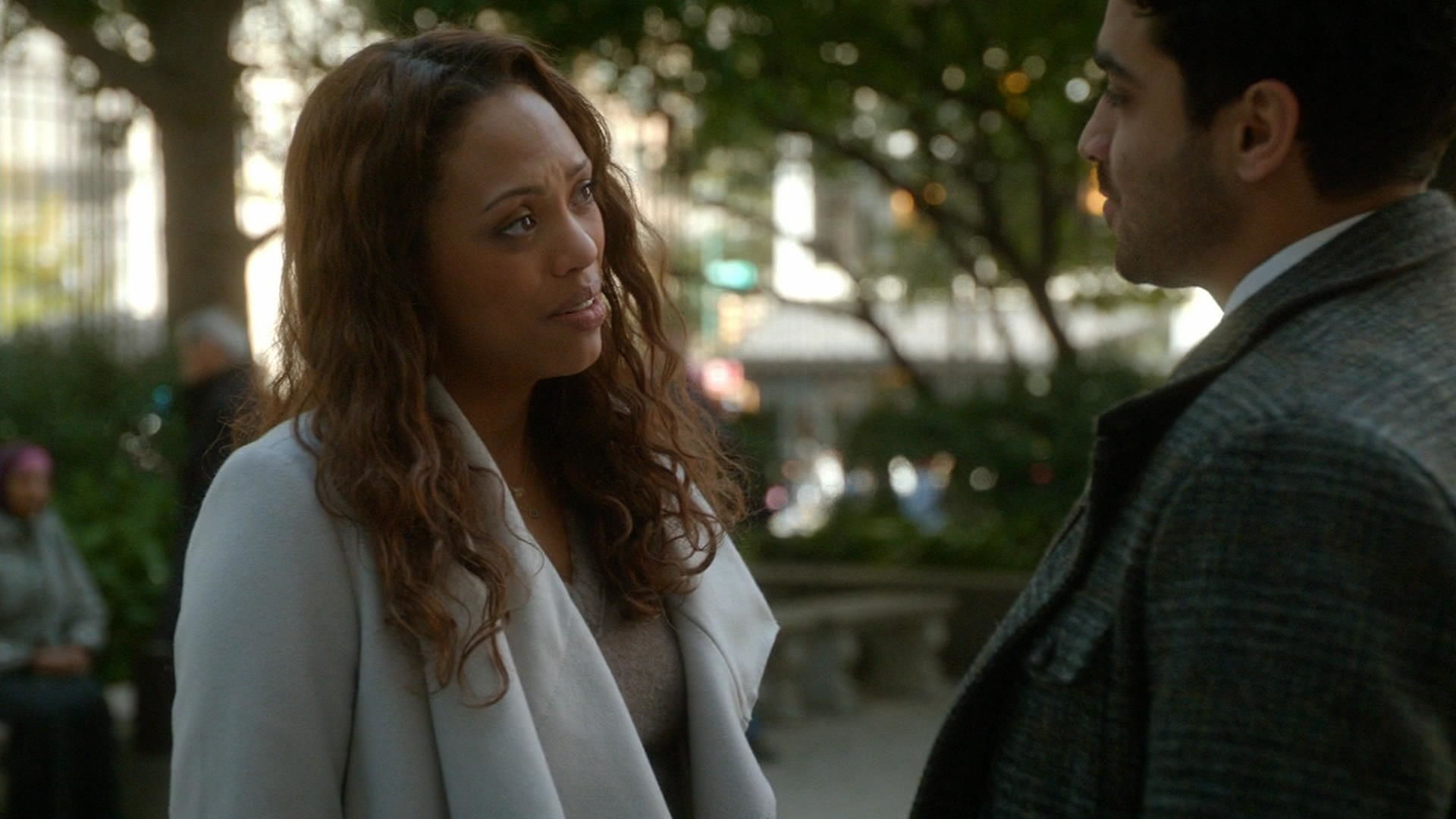 Separation 03x09
Gabriel is arrested for being in the country illegally and threatened with deportation. Also, Bull represents a German national who is being sued by a museum over possession of a valuable painting. 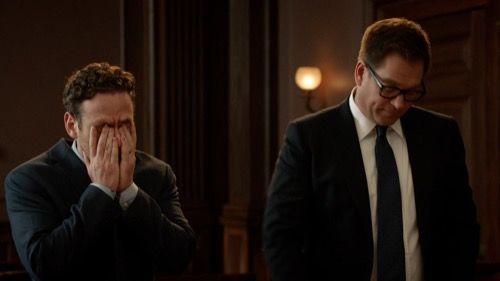 But for the Grace 03x08
Bull takes on a pro bono client who was poorly advised by his public defender to plead guilty to a misdemeanor assault charge and is now facing felony manslaughter after the victim dies. 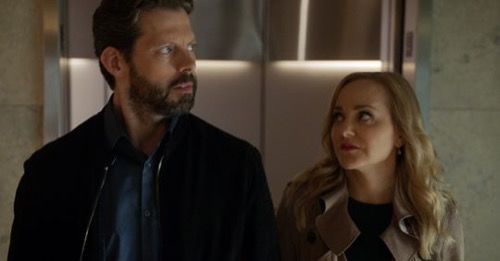 A Girl Without Feelings 03x07
Bull confronts his guilt over closing his psychiatric practice to start TAC when his former patient, a young woman who is a clinical sociopath, goes on trial for killing her brother. When Bull and Benny's client has no memory of the crime due to her mental condition, they enter a "Not Guilty by Reason of Insanity" plea and aim to seat jurors that are sympathetic to mental illness. 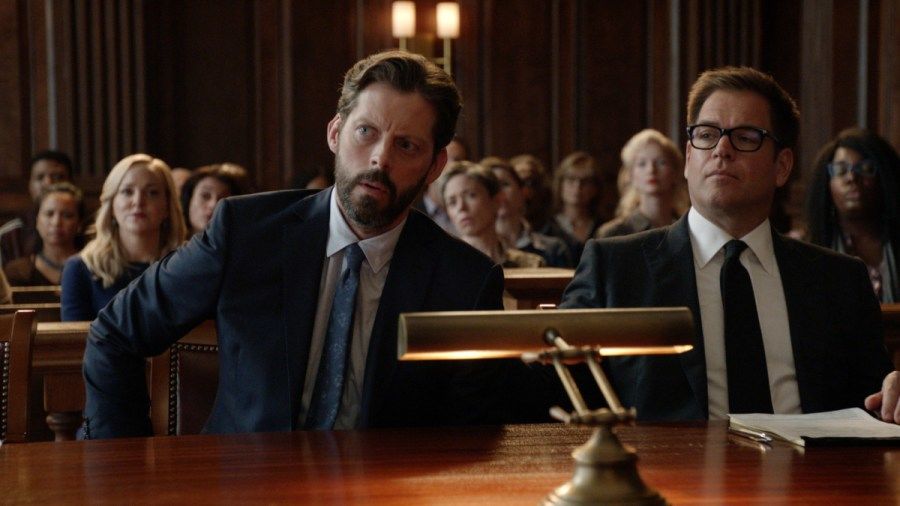 Fool Me Twice 03x06
Bull and the TAC team help one of their own when Marissa's restaurateur husband, Greg, is charged with involuntary manslaughter after one of his employees dies in a kitchen fire allegedly caused by negligence. During voire dire, Bull and Benny aim to select jurors who will believe the fire was an accident and not a pattern of irresponsible management. 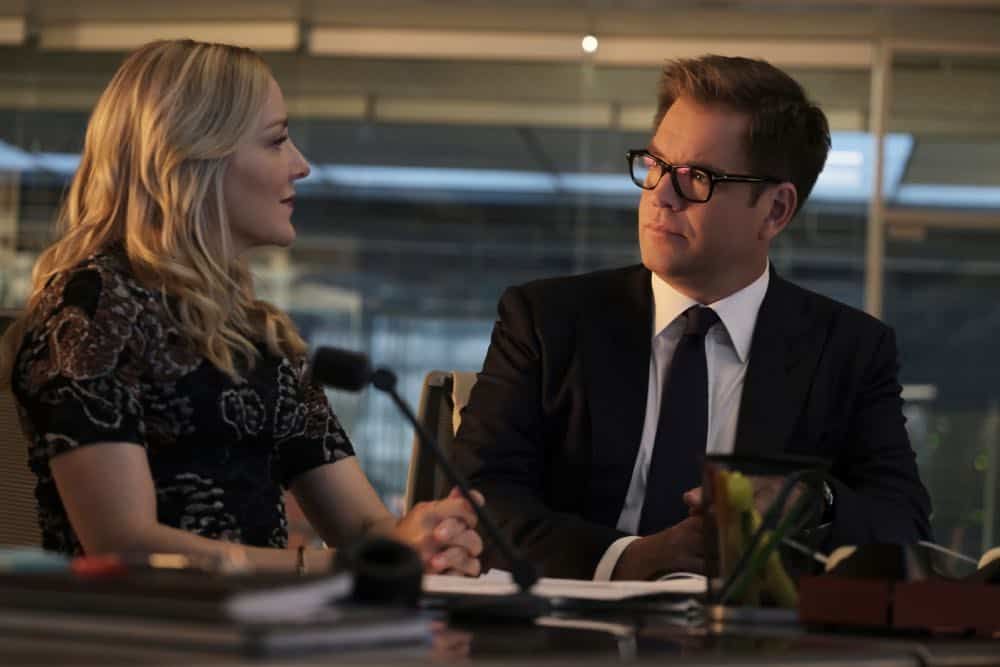 The Missing Piece 03x05
Bull joins the defense team of a seemingly unwinnable case when a doctor is put on trial for murder after his submission to a DNA database links him to a homicide. While Bull and Benny work on selecting jurors who are predisposed to trust their instincts instead of incontrovertible evidence, Danny and Mackenzie research if their client's DNA sample may have been contaminated. 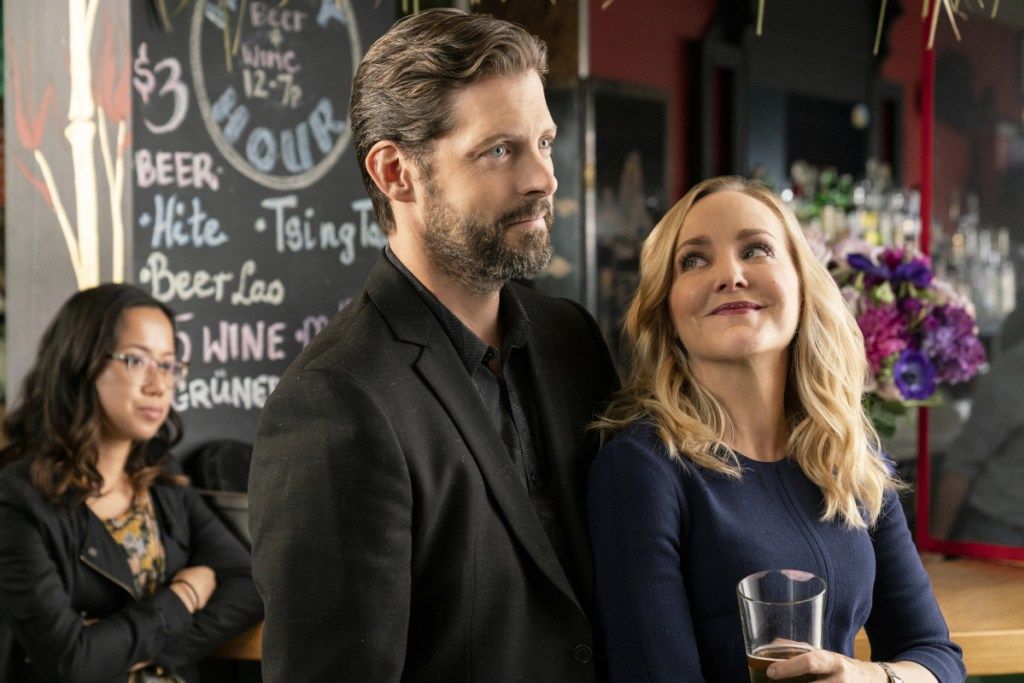 Justice for Cable 03x04
Business becomes personal for Bull when TAC assists with a civil suit against the bank that funded the terrorists responsible for Cable's death. Also, Marissa enlists her former homeland security co-worker and international banking cyber-investigator, Taylor Rentzel, to help with the suit. 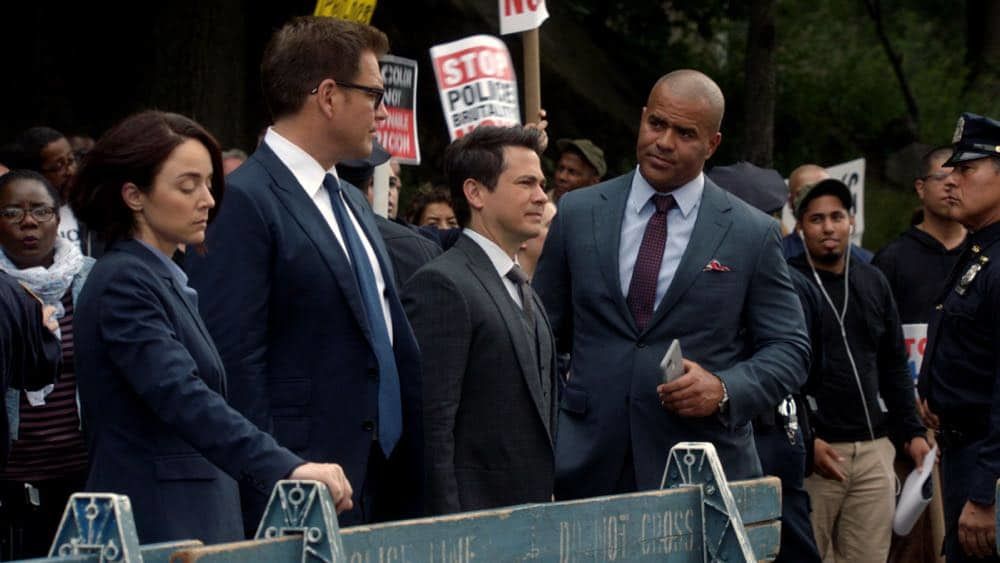 Excessive Force 03x03
Bull and the TAC team are at the center of a federal civil suit dividing the city when they consult for the NYPD on the defense of a police officer accused of excessive force in the shooting of an unarmed man. As they aim to select jurors who will focus on the shooting's circumstances, the social politics surrounding the case create tension within their own ranks. 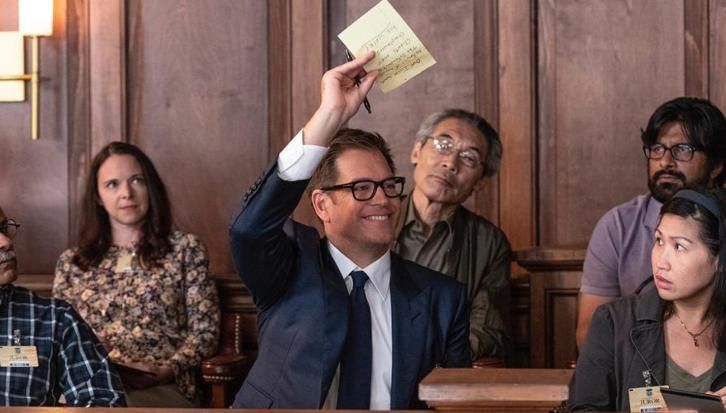 Jury Duty 03x02
Bull finds himself on the opposite side of voir dire, when he serves jury duty while simultaneously mounting a defense for a woman on trial for killing her daughter's murderer. 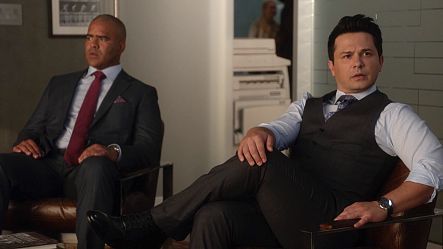 The Ground Beneath Their Feet 03x01
Bull returns to work following his heart attack with a new rich client for the firm to represent: an insurance company being sued by a dying mother for denying coverage of her liver transplant.