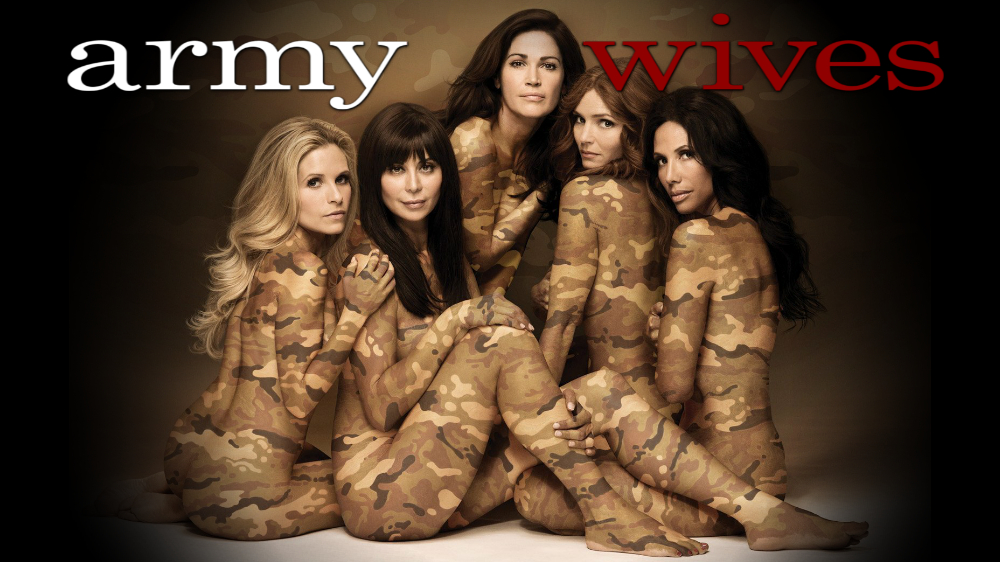 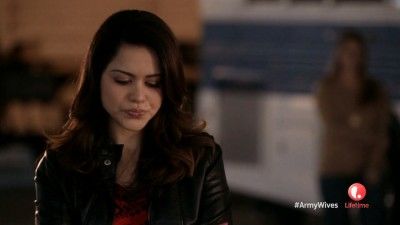 All or Nothing 07x13
When Tim goes missing, Holly reaches out to the tribe and Tim's platoon for help. Denise catches Michael in a compromising position. Latasha and Quincy receive news about his military career. Gloria continues to be pulled between Hector and Patrick. Roland and Joan prepare to say goodbye to Fort Marshall. 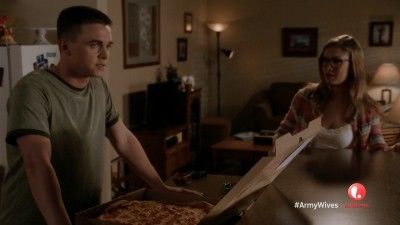 Damaged 07x12
Latasha worries about Quincy's future in the Army. Gloria agrees to go out on a date with Hector, but is torn when Patrick asks for a second chance. Denise volunteers for a relief mission to an earthquake ravaged country. Tim's behavior starts to worry Holly. Michael and Kat share a moment. 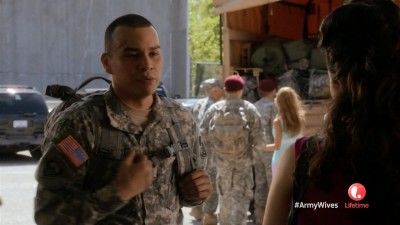 Adjustment Period 07x11
The men return from Afghanistan, but not all come home unscathed. Holly is excited to reunite with Tim but he struggles to readjust to life on the home front. Quincy's injuries put his army career in jeopardy as Latasha continues to try to make ends meet. Gloria, worried Hector may have been seriously hurt, shows up to welcome him home while a disappointed Patrick looks on. Joan makes a decision about the Army War College. 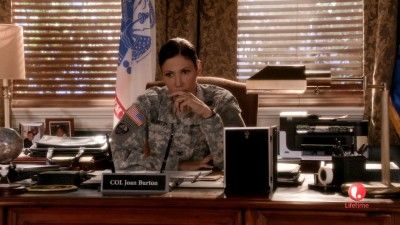 Reckoning 07x10
Everyone rejoices when the troops get orders to return to Fort Marshall. Maggie bonds with Caroline after getting her out of a tough situation. Latasha worries about the unexpected expenses that keep piling up. Hector struggles with some sad news from the home front. With Tim returning home, Gloria searches for a new apartment to give Holly and her husband some privacy. Our soldiers come under attack as they get ready to pull out of Afghanistan. 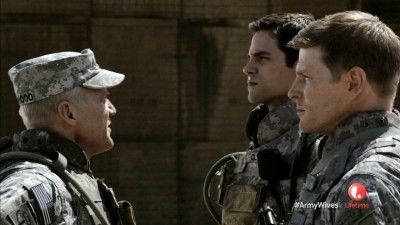 Blood and Treasure 07x09
The tribe gathers for Claudia Joy's dedication ceremony. Denise gets caught up in an emergency at the hospital. Michael and Kat bond at a non-work function. Patrick reluctantly breaks it off with Gloria to keep the peace within his unit. Roland gives Joan an ultimatum. Maggie discovers Caroline has been lying about her whereabouts after school. 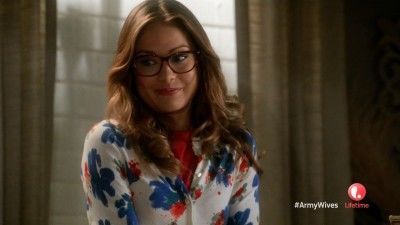 Jackpot 07x08
Despite their best efforts, the tribe falls short of their fundraising goals for Claudia Joy's garden until Gloria discovers Holly has a hidden talent that could help them. Hector finds out about Gloria and Patrick. Michael unknowingly encourages Kat's daughter Hannah, a Citadel cadet, to switch from Air Force to Army. 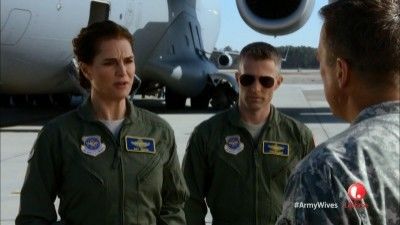 Brace for Impact 07x07
After an awkward conversation with Jackie, Gloria decides it's for the best if she calls things off with Patrick. Denise tries to help ease the tension between Gloria and Jackie. Michael bumps heads with the new Air Force Colonel, Kat Young. Joan is reprimanded when she drops the ball at work to attend David's basketball game. Maggie attempts to bond with Caroline. Eddie and Patrick arrive in Afghanistan. 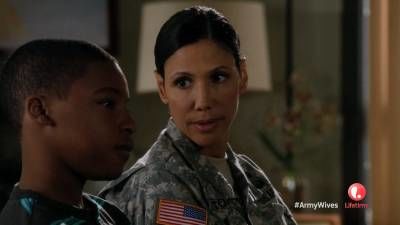 Losing Battles 07x06
When Denise helps Michael sort through Claudia Joy's clothes for charity, the pain of losing her best friend resurfaces. Eddie's impending deployment prompts Caroline to insist on living with her real mother, not Maggie. Gloria regrets moving so fast with Pat when he breaks the news that he'll be deploying the next day. Joan has a hard time juggling work and parenthood when David gets sick from his new drug regimen. 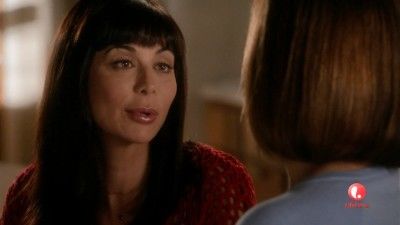 Disarmament 07x05
Gloria meets a new guy at the Hump bar. Jackie's son comes home with some surprising news. Denise and Frank celebrate another anniversary apart. Joan has a disagreement with Latasha and Maggie after the boys get in trouble again. Holly is disappointed when she can't talk to Tim after his squad is ambushed. 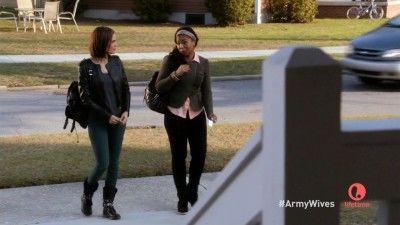 Hearth and Home 07x04
Joan is disappointed to be pulled from combat, but is trying to make the best of it now that she's back home. She's upset to learn that Roland still plans on taking the new job. Denise attends to Latasha's son when he is rushed to the emergency room. Gloria receives her divorce papers and on top of that must find a new place to live. Maggie and Eddie adjust to their new home, but the blended family continues to bump heads. In Afghanistan, the men are moved to a remote and dangerous outpost. 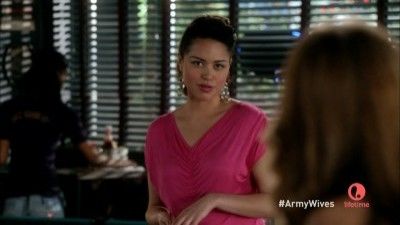 Blowback 07x03
Denise has her hands full when she agrees to watch David and Sara Elizabeth. Latasha, Maggie and Denise are brought together when their boys, David included, get into trouble. Jackie worries that Kevin is returning to battle too soon. Joan is surprised by her new orders. The wives turn to Denise for answers and support when news of an explosion in Afghanistan rocks Fort Marshall. 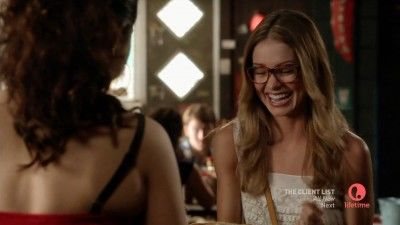 From the Ashes 07x02
The tribe tearfully comes together to say good-bye to a loved one. Roxy and Gloria befriend a young Army wife. Roland is offered an amazing opportunity to expand his research work, but he and Joan must make a difficult decision. A fight breaks out at the Hump. 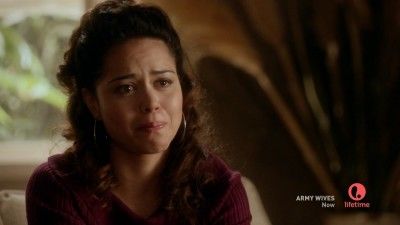 Ashes to Ashes 07x01
The people of Fort Marshall mourn the loss of one of their own.